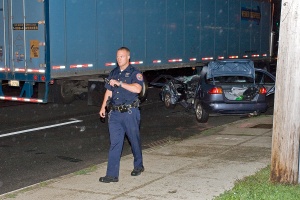 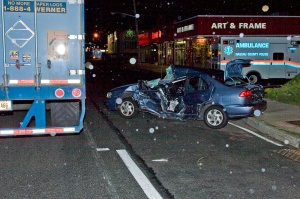 Carle Place Fire Department responded to a two vehicle accident on Old Country Road at the Meadowbrook Parkway at 2350 hrs. on August 22, 2007. A 61 year old Queens resident, Batoolan Hendrickson of Jamaica, exited the Meadowbrook Parkway and drove into the path of a tractor trailer. The Carle Place Fire Dept. extricated Hendrickson her 1999 Nissan, but she was pronounced dead a short time later.