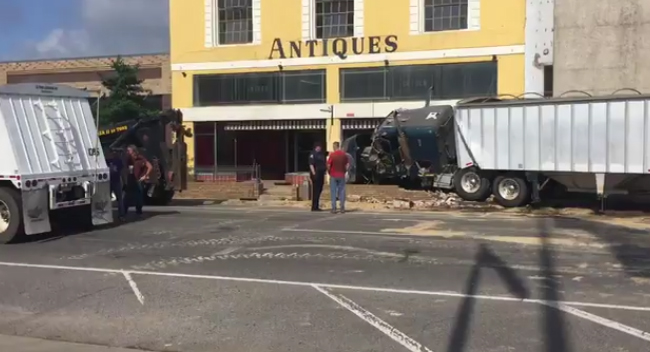 Bastrop Police Chief Allen Campbell said the 18-wheeler was traveling south on U.S. 425 at the courthouse square and the fire truck was traveling west on U.S. 165.

The southbound truck approached the intersection at the courthouse shortly after 6 a.m. and had a green light. The fire truck was en route to a fire and had its lights and sirens activated as it approached the red light where the accident happened. The driver of the firetruck was ticketed for failure to yield… COMPLETE